Angie: So did friends and family object to our relationship? If yes, why and how did we get past that?
Ron: Yeah, there were some objections. I know the initial one was that somehow or the other I did not fit their social bill.
Angie: I thought you were going to give the 10 days joke that….
Ron: Ah well, Umm.
Angie: Yeah, that was a challenging time because of course you were known to the family. It was taking some use to seeing or envisioning you as the one for me. But I do remember when we said that we wanted to have a serious committed relationship so that would have given this period of time where it wasn’t that you were trying to get engaged but a time to assess how you related to me and the kind of person that you were.
Ron: Yeah, I suppose there were those early ‘courtship experiences’ where there was a question of developing trust and that sort of stuff.
Angie: Yeah, and so it wasn’t just trust between us but other people trusting that you had my best interest at heart.
Ron: Yeah.
Angie: Umm, it’s been 13 years. Am I perfect, are you perfect?
Ron: Perfect? Ah, yeah, you’re far from, no I mean, you’re not perfect, of course, nobody is perfect.
Angie: Yeah, none of us is, and that’s a reality you come to terms with.
Ron: The fact is who wants to be perfect anyway? Let’s put it this way who should expect of the other individual that they should be perfect? It makes it problematic for me to relate to that perfect individual.
Angie: It comes back to that idea, remember you said at the beginning it is not about finding the right person but being the right person.
Ron: Yeah
Angie: That’s when that becomes the focus than you’re seeking as it were the person’s best interest. You know, it’s not just about what I stand to gain from the relationship but also what it is I stand to give to the relationship, what the other person can get.
Ron: So, perfection is not an issue for me.
Angie: If, you have to give somebody advice, somebody considering marriage or they are already married and they need inspiration, what advice would you give?

Ron: What advice would I give?
Angie: You know, it’s umm, it’s often umm, hindsight is 20-20 so of course, having been married for 13 years you can think about going into the relationship some of the things that we assumed.*** remember I mentioned that element of the early days and what challenges there were and if nothing else realistic expectations and communicating those expectations, so umm..
Ron: I remember Uncle Rudy saying, “What? He can’t read your mind so just tell him.”
Angie: And so there is that clear element of being sure that we are on the same page? Umm, so it does not lead to these difficult situations where you know, “I thought you would know that or I thought you should know that.”
Ron: Bottom-line is a question of having those communication lines open and one of the things that I did kind of obliquely allude to when I said Uncle Rudy was the fact that we had a pretty good social network, Umm. Even though we were far from them they would, we would engage them whether it would be through Skype or over the phone, what have you. And you recognise that you weren’t just living for yourself so there were certain expectations that people were expecting you to meet but beyond that there was a question of always having their support so having a good network I think is something that one should have.
Angie: Yeah, that’s key I remember in the early days getting quite a few books and resource material giving a sense of, the fact that marriage is a commitment for life you want to go in with as much information as possible not burying your head in the sand and not assuming to know everything so the network was definitely an important part of that but you know one of the things that cause me to really, I don’t want to say fall in love with you in the sense of Umm I feel confident that I can give my heart to you. It was that sense that I can trust you with my heart. That you really cared about me, the whole person that you were not just coming into this relationship for what you could get but also that you could also make a contribution to my life and Umm.
Ron: I think it goes back to the question of looking for the right partner “soul mate” as against being the person who would be the right partner.
Angie: Yeah, I suppose that would have been your motivation but having been in relationships where that was not always present it was pretty evident to me, I remember that I always use to ask you, you know, “why do you love me so much?”, remember that?
Ron: Umm, Hmm.
Angie: Yeah, and Umm, and so I came to recognize it was really selfless, it was a case of your, ah…
Ron: I’m perfectly selfless.
Angie: No, I mean it.
Ron:
Angie: Tell me more
Ron: If I see that this was not going to be beneficial to me forget it.
Angie: Okay but was that the only motivating factor?
Ron: Come on the point is that you were worth the stress, the tears, the blood, the sweat, the…..
Angie: Chuckles, Aww! That is really sweet of you. I love you.
Ron: Me too. 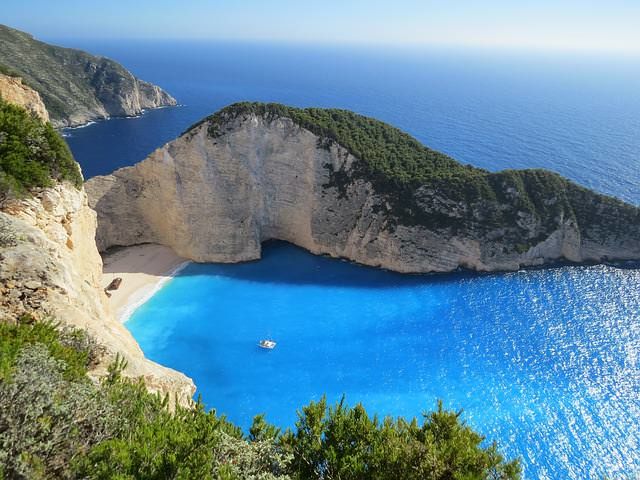 Marriage Retreat: How to Plan a Memorable Weekend Getaway