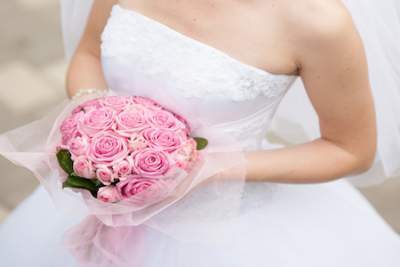 Apparently Alan Gerard Ferguson took Beyoncé’s advice and put a ring on it – on her sister Solange’s finger, that is!

Solange Knowles, 28, married Ferguson near her New Orleans home on Sunday, November 16th in a nondenominational ceremony at the Marigny Opera House. The couple has been dating since 2008.

Knowles, perhaps best known as the younger sister of superstar Beyoncé, is an artist in her own right. She wrote music for Destiny’s Child and is a singer, model, boutique owner, and even has her own record label, Saint Records. Ferguson, 51, is no stranger to the spotlight. He is a videographer and music video director who frequently collaborates with Beyoncé and husband Jay Z, among other stars.

The bride’s first marriage ended in divorce, which begs the question as to whether these two sought any premarital counseling before tying the knot this week.

What is premarital counseling, anyway?

Most couples think that counseling only exists for married people who are having relationship issues. The truth is that marriage and family therapists offer their services to unmarried couples as well.

Pre-marital counseling is a real therapy that can actually help couples prepare for marriage. It helps to ensure that the two of you have a strong and healthy relationship base, which allows for a more stable and rewarding marriage. It can also help you uncover any weaknesses that could lead to larger issues later on down the road.

Although most couples do not seek premarital counseling, many of them should. If you think about it, why wouldn’t you want to improve your relationship before getting married? During counseling sessions, couples are encouraged to discuss a variety of intimate and critical topics ranging from communication and money to affection and sex as well as children and family relationships.

Remember, there is more to getting married than simply choosing a wedding dress and where you’ll be taking your honeymoon. In fact, if you’re not prepared, that honeymoon period could be over pretty quickly! Premarital counseling doesn’t require a lot of time; it is usually about five to seven sessions.

Would you consider premarital counseling if it meant your relationship could be made even stronger in the long run?