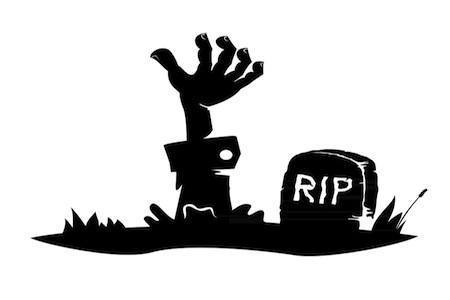 The Walking Dead Sunday night, rabid fans of AMC’s wildly popular zombie apocalypse series The Walking Dead were rewarded with the season 5 premiere. And if you haven’t seen the show yet, stop reading now – there are spoilers!

It turns out, thanks to Carol (played by Melissa McBride), Terminus isn’t the end of the line for the survivors. Despite being banished last season, Carol swoops in and saves the day for Daryl, Glenn, Rick and others. Viewers got lots of action – explosions, shooting and walkers on fire.

For many people, watching The Walking Dead may remind them loosely of their marriage issues. While it’s unlikely that anyone out there is married to an actual walker, it’s easy to fall into the marital rut, which makes one FEEL like they’re a zombie.

For a series that often leaves viewers with a feeling of hopelessness, this season’s opener leaves us with just the opposite. So, is there any hope for people that feel like they’ve fallen into a downward spiral of numbness and nothingness, only to become the “walking dead” in their own life?

Getting out of the marital rut

Marriage issues are tricky, but If you’re feeling like a zombie in your marriage, there is some light at the end of the tunnel: just because you’re feeling the effects of the marital rut right now doesn’t mean that you’re bound for divorce. The truth is, this might even be a good thing.

Just remember, no matter how strong your relationship was when you two got together, things change. Those thrilling newlywed years often transition into what some call a “zombie marriage.” This isn’t as scary as it sounds – it’s often a marriage just settling in. In other words, you’ve got the routine down and things are pretty automatic.

The mistake is that when couples view this “comatose” phase as a terminal problem, it often isn’t. You’re just focused on other things: the kids, the house, and the career.

So, like the end of The Walking Dead premiere, there is definitely some hope on the horizon.