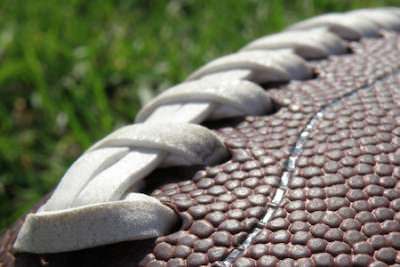 The Green Bay Packers got a whooping this past Sunday from the Buffalo Bills – the game concluded in a score of 13 to 21. Not many Packers fans were too happy, since this game puts an end to the team’s five-game winning streak.

But that’s football, right? You win some and you lose some – but you’ve got to do more winning than losing if you want to make it to the Super Bowl.

Football this past weekend got us thinking about some fun questions for couples. Like, “How is your marriage like football?” Maybe it’s time to huddle up and find out!

The game of marriage

Think back to when you first got married: you couldn’t get enough of each other, could you? It’s a little bit like a football game with your heart beating 100 mph and the adrenaline pumping. It’s impossible to keep that sort of energy flowing, so you’ve got to strategize and play the rest of the game.

Marriage problems occur when spouses realize that the intense physical attraction has waned. This doesn’t mean that the love is gone – this is normal. It is not a problem with your spouse or your marriage. Just because you aren’t getting that early emotional high it doesn’t mean that the game is over.

Here are some ways your marriage is a lot like football:

Remember, sometimes you win and sometimes you lose – it’s all in the way you play the game. So, here’s another fun question for couples: have you made it to the Super Bowl of marriage yet?