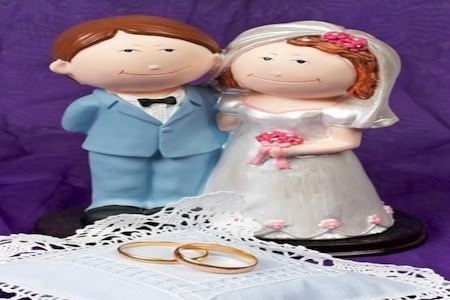 If you’re married, you’ve got issues! Just kidding… Lots of married couples start off madly in love and then come to the realization that things just aren’t like they used to be. Sure, every relationship will have its ups and downs, but the good shouldn’t be overshadowed by the bad.

The thing is, lots of marriage issues can be fixed quite easily. Here’s a look at some pretty common problems that many married couples experience and how to deal with them.

If you ask a married couple what they argue about most frequently, money will often be at the top of the list. Money is a major issue in a marriage, and this can be particularly true when it comes to newlyweds. So, what’s a couple to do?

Instead of fighting over money and dealing with it on your own, work as a team. You’re married after all. Sit down and decide financial goals together – buying a house, sending the kids to college, taking that round-the-world-in-80-days trip, retirement – and go over them on a regular basis. For household expenses and things that you share, open a joint checking account and deposit the majority of your pay into that. Then, open separate accounts and put the rest of your pay there – that’s spending money for whatever you want!

Who hasn’t complained about the in-laws? The most common conflict is typically between the wife and her hubby’s mom, but why? Believe it or not, but there are studies that show that this happens because both women are vying for the husband’s attention.

In order to combat this issue, a married couple needs to stick together. Solidarity is the key. During disagreements, the husband must side with the wife, even if she happens to be wrong. (But we all know that she’s always right!)

According to a study by the University of Michigan, wives acquire an additional seven hours of housework a week when they get married, and husbands actually lose an hour. So, what’s up with that?

If household chores and errands aren’t shared and the brunt of all the work falls on the wife, she may end up feeling unappreciated and unsupported. Remember, men typically model the behavior they grew up with, but this can be rectified. Stay open and honest and make sure you each pitch in at home. Oh, and that study mentioned above? It also shows that the more the husband helps out at home, the happier he is in the bedroom. (Wink, wink!)