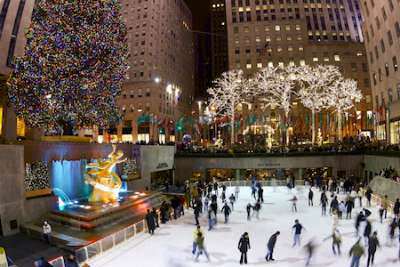 If you happened to catch Mariah Carey’s performance of “All I Want for Christmas is You” at the Rockefeller Christmas Tree Lighting Ceremony earlier this week, you might have been left scratching your head… or soothing your ears.

The performance wasn’t her best, but we will admit that most of us couldn’t pull off such a performance wearing a slinky dress and not much else in the winter weather of New York City. However, it’s not the actual singing that has everyone so upset.

It was her tardiness, which is something the diva is known for. Apparently she was a no-show for Tuesday’s performance. NBC, the network that aired the show, was all too familiar with the star’s attendance record and had decided to shoot her in front of a live audience a day in advance. She blamed divorce proceedings with husband Nick Cannon for Tuesday’s snafu.

Since the couple is headed for Splitsville, we’re betting that Cannon never paid very much attention to dating advice for men. In order to save you from the same doomed destiny, we’ve got some really great tips. The next time you’re talking to your girl, try not to say these things:

This list could go on and on. And on. And on. But we figured this is just enough dating advice for men to get you by for a while. If you’ve ever made the mistakes mentioned above, how did you get out of it? Have you learned your lesson?